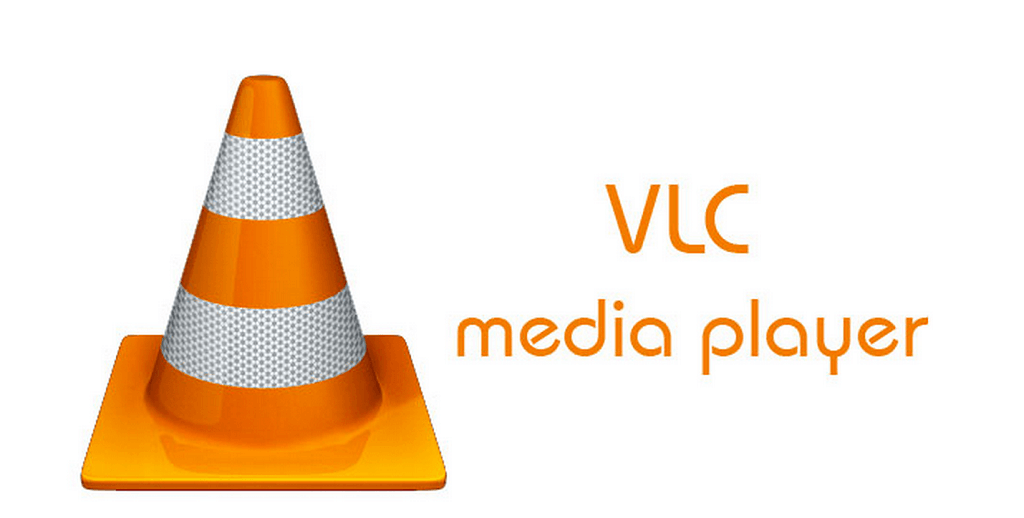 Here you will get 10 Best VLC Media Player Alternatives 2018. VLC media player is fast, powerful media player and it is very popular. If you want to play video or music then you will always choose VLC media player. And off course it is free, open source and cross-platform multimedia player which provides us many features like it supports multiple formats, it Runs on all platforms like Windows, Linux, Mac OS X, Unix, iOS, Android etc. 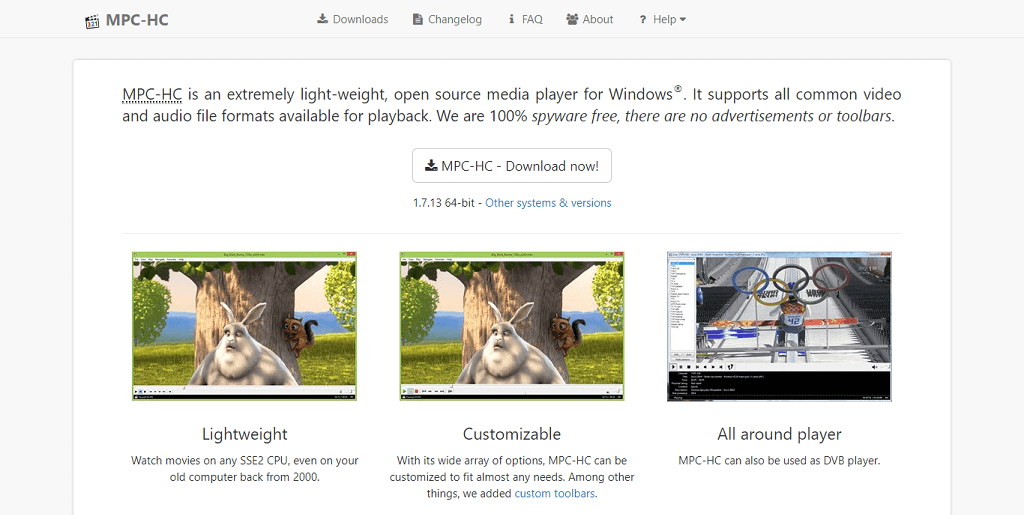 MPC-HC is an extremely light-weight, open source media player for Windows®. It supports all common video and audio file formats available for playback. We are 100% spyware free, there are no advertisements or toolbars. Mpc is fully Lightweight, Customizable and All around player. It was released on 30 May 2003. 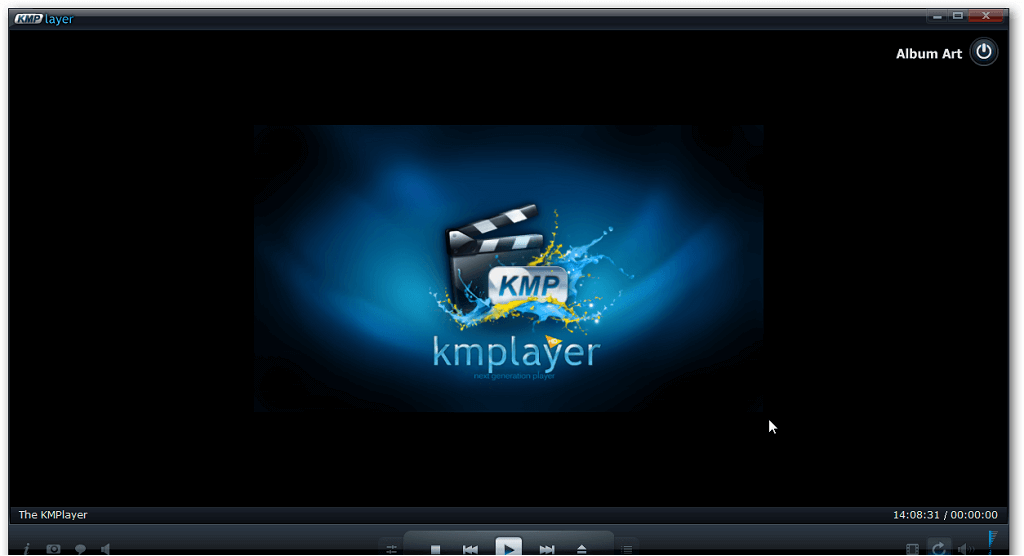 K-Multimedia Player is a media player is best alternative of vlc media player.KMPlayeris a media player for Windows which supports multiple formats including VCD, DVD, AVI, MKV, Ogg, OGM, 3GP, MPEG-1/2/4, AAC, WMA 7, 8, WMV, RealMedia, FLV and QuickTime. It is a free and lightweight media player. Initially it was released on 1 October 2002 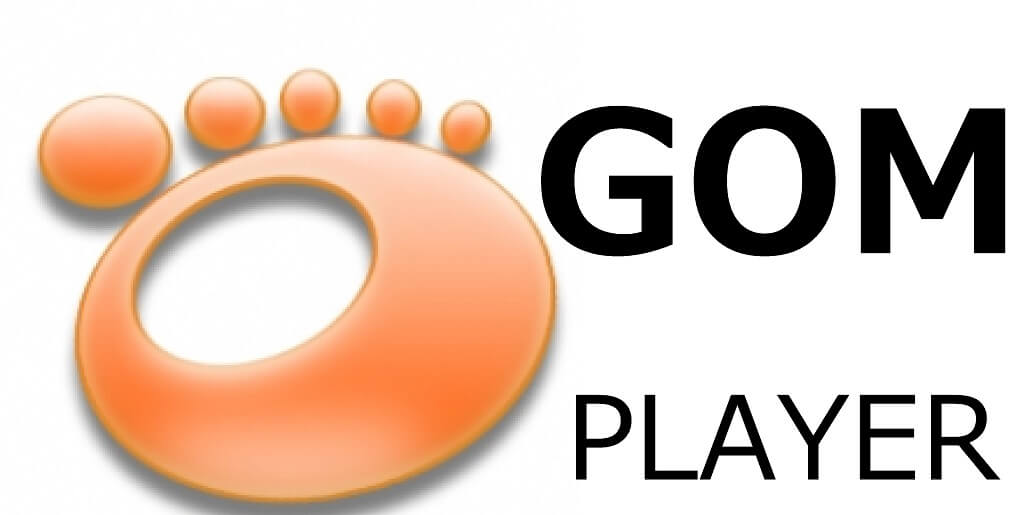 GOM Player is described as Gretech Online Movie Player. GOM player is free media player which was developed by the GOM and Company of South Korea. GOM player supports multiple file formats like AVI, DAT, MPEG, DivX, XviD, WMV, ASF. It provides us various features like it has ability to play some broken media files and find missing codecs using a codec finder service. it was initially released on 7 January 2003. So it is also good competitor of VLC media player. 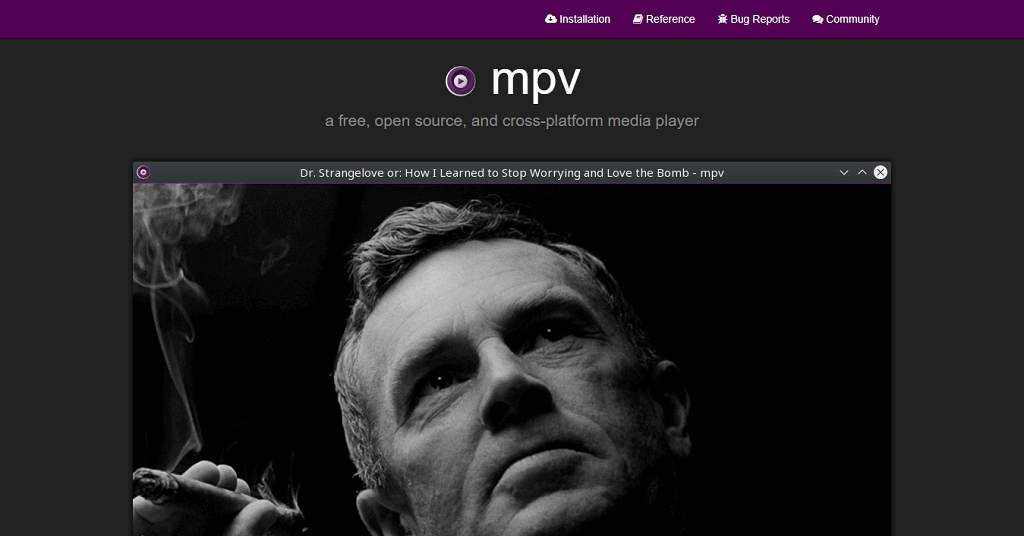 MPV is free and open-source software which is based on MPlayer and mplayer2. It is an audio and movie player which supports various video file formats, audio and video codecs. MPV is provide us multiple features like Streamlined CLI options means MPlayer’s options parser was improved to behave more like other CLI programs, and many option names and semantics were reworked to make them more intuitive and memorable, On Screen Controller, High quality video output, GPU video decoding,Embeddable and etc. 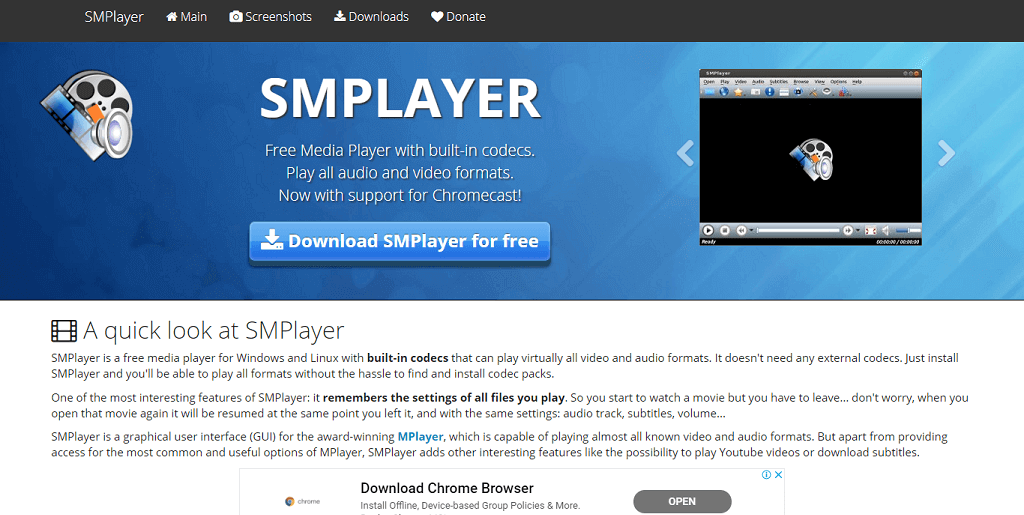 SMPlayer is free media player for media player for Windows and Linux which built-in codecs that can play virtually all video and audio formats.There is only install SMPlayer to play all formats. SMPlayer provides you features like play all media formats, it is capable of playing almost all known video and audio formats,possibility to play Youtube videos or download subtitles,Support for YouTube, it is available in more than 30 languages,it uses the award-winning MPlayer as playback engine, which is one of the best players in the world. It was initially released on 11 December 2006. So we could count it also a best alternative of VLC media player. 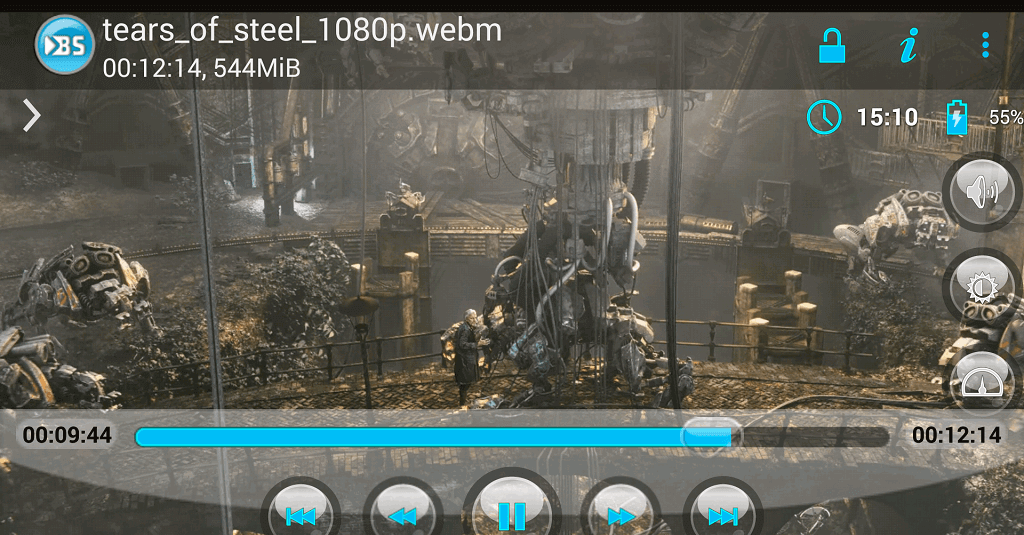 BS player is free media player it is one of the best multimedia player. Which is used by more than 70 million multi media users throughout and it has been translated into 90+ languages worldwide. It provides you features like you can enjoy the playback of HD DVD and AVCHD movies of the highest quality with minimal system requirements, it supports all popular video and audio media file types, containers and formats like WebM, Xvid, avi, mpg, mpeg-1, mpeg-2, mpeg-4, 3ivx, YouTube streaming video, AVC HD (avchd player), QT QuickTime mov, RM Real media, OGM, Matroska ,mkv, asf, and so much more. 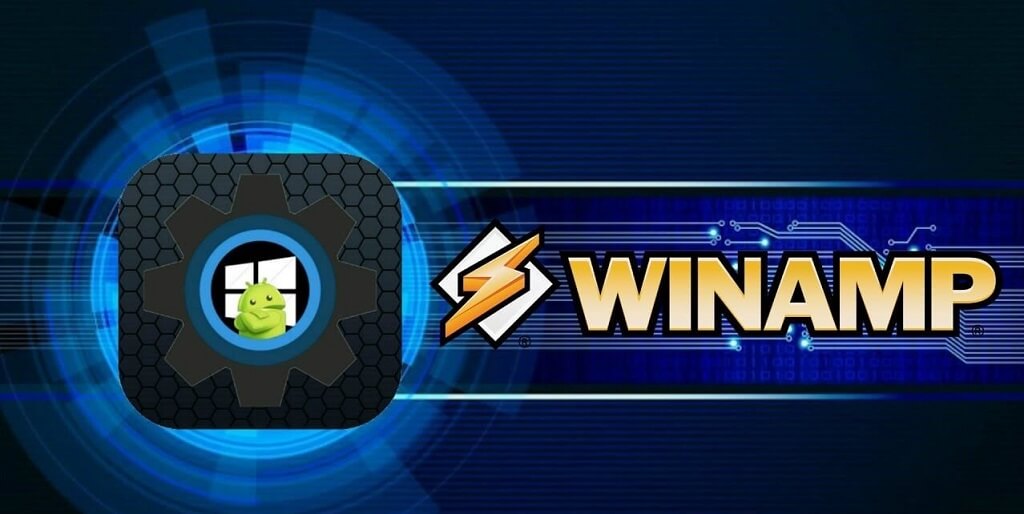 Winamp is also a good alternative of VLC media player. It is a media player for Windows, macOS and Android. It was developed by Justin Frankel and Dmitry Boldyrev by their company Nullsoft. Which they later sold to AOL in 1999 and It was then acquired by Radionomy in 2014. It was initially released on 21 April 1997. 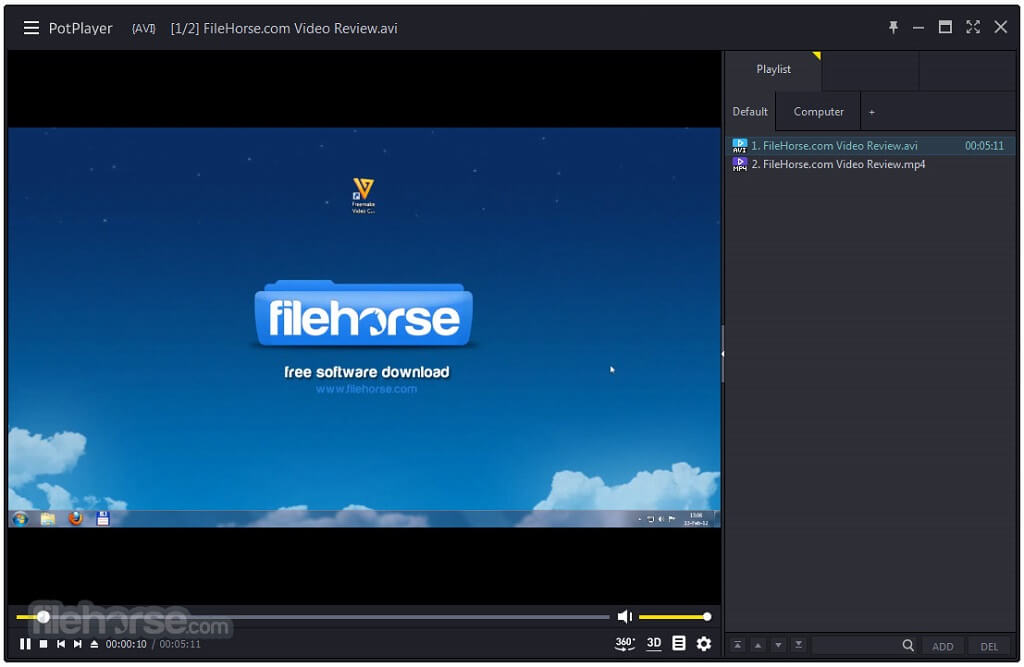 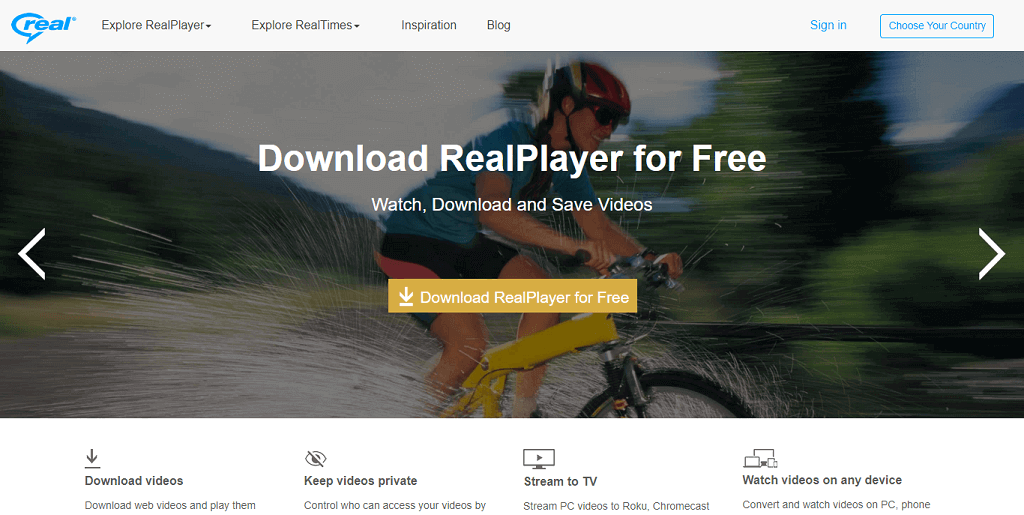 RealPlayer is a cross-platform media player app, which was developed by Real Networks and it was initially released in April 1995. You can download real player for free. It provides you multiple features like you can Download videos and play them offline, you can keep your videos private means you can control who can access your videos by adding a unique PIN,Stream to TV, you can watch videos on any device. So it is also one of the best alternative of VLC media player. 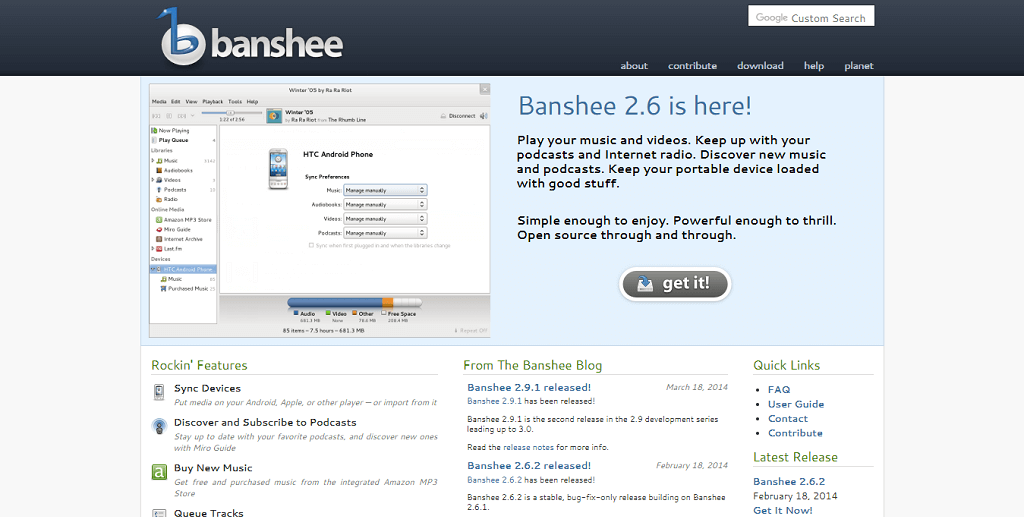 Banshee is a powerful, cross-platform open-source media player. You discover new music and podcasts here.Banshee uses the GStreamer multimedia platform for encoding and decoding various media formats, including OggVorbis, MP3 and FLAC. It was initially released on 17 February 2005.